New to the Five Corners board of directors, Edna Deauvearo is certainly not new to serving her community. She has been an active volunteer and contributor since she graduat ed from Texas Southern University with a degree in business education. 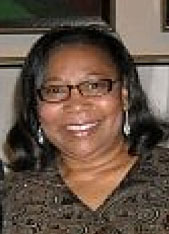 The four-year scholarship she received from the George Foundation carried a stipulation that she major in nursing or education, and Deauvearo said her aversion to the sight of blood made the decision for her. She earned a teaching certificate, but the Simonton native first entered the workforce through the business community.

She spent most of her career in public affairs, public relations, and coordinating special events for the Humble Oil Co. which eventually became Exxon USA. She retired in 2000––the year the company merged with Mobil Oil.

However, even in retirement, Edna Deauvearo was not one to sit still, and decided it was finally time to pay back the scholarship she had received. She spent the next eight years as a substitute teacher, predominately at The Rice School in the Houston Independent School District, where she watched her first pupils grow from first grade to graduation from the K-8 school.

During that time, and even now, she has been active in the Meredith Manor Civic Club, with 25 years of volunteer service. She has also been a secretary and a mobilizing force within the South Houston Concerned Citizens Coalition for at least 11 years.

“Even when I wasn’t holding an office, I was going down to City Hall with the group to encourage or protest some issue,” she said. Deauvearo is also very involved in her church’s mission group, pulling together food donations to create Thanksgiving baskets for the underprivileged.

She and her husband, RB, have one daughter, Tiffani, who works for the State Attorney General’s office. Married 43 years, the couple loves to travel and recently took a trip to South Africa.

“I like mixing and mingling with different people,” Deauvearo said. “The first impression people have of me is that I’m quiet and sort of reserved – but that ’s just the first appearance.”

“I’m looking forward to taking an active role,” she said of her newest appointment to the Five Corners Board of Directors. Public safety and urban design are two issues in which she is keenly invested.

“In order for us to revitali ze the district, we have to make sure that crime is under control. Although crime is not as great as some people believe, we do have some issues that need to be addressed.”