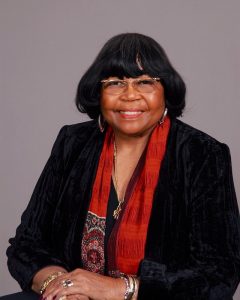 I feel extremely honored that the people of District 131 have re-elected me to represent them in Austin in 2021. We still have a lot to do despite all we have accomplished so far, and I am looking forward to getting started. I represent several management districts, and am especially proud of the Five Corners District, considering how much it has evolved, and the great things happening there.

After 15 years of serving in the Texas House of Representatives, I have come to be known for my “people” bills. What I enjoy most is creating bills that improve quality of life of the people of Texas. Through my work on the Corrections Committee and Public Education Committee, I successfully work “across the aisle” with the other elected officials at a city and federal level.

My 39-year career as an educator in Houston ISD, and 12 years serving on the Texas State Board of Education has given me the expertise needed for the Public Education Committee. A love for education is shared by my daughter, Dr. Patricia Allen, a former HISD principal, and my son Lawrence Allen, a former HISD principal who is currently on the Texas State Board of Education. Of my five grandchildren, three have chosen education-related careers. As a very family-centered person, I am very grateful to have all of my family in Houston, and be able to host them at my house for soul food every Sunday.

In 2009, I was the driving force behind the bill to finally ratify the 24th Amendment in Texas, which effectively abolished poll taxes across our state. Many people were unaware that a poll tax was still “on the books.” However, Texas was one of only five states that had not ratified the amendment when it was created in 1964. I filed the bill several times before it was passed, but when it did, it became a historic moment for Texas.

In 2019, I was successful in passing nine bills which made strides pertinent to our community, which went into effect September 1st, 2019. One of those accomplishments was the passing of a bill to allow the formerly incarcerated to more easily obtain professional licenses. Before this was passed, individuals wanting to become certified to work in various careers after leaving prison were often not legally able to. We also passed a bill allowing those who are out of prison to conduct required meetings with their probation officer virtually, rather than having to meet in person during work hours, and risk losing their jobs. 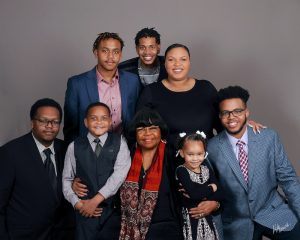 We removed the unnecessary monthly limitation on hygiene products for women who are incarcerated, giving them permission to use as much as they need. For children who have exited the juvenile justice system and are returning to their regular school system, we have now created a support system to help ease that transition, which includes assigning student support roles to professionals on campus. The system is flexible enough to help students across the 1,042 diverse school districts in Texas.

I am proud of the $11.5B school finance bill that I co-authored along with Dan Huberty and others on the Education Committee, which went into effect this current school year. Because Texas had not put any money into education since 2006, extracurricular activities, libraries, nurses and other wrap-around services were being cut from schools. This bill allowed funding to bring those programs and jobs back, in addition to giving teachers pay raises, funding for all-day Pre-K, extracurricular activities, bussing, and giving retired teachers a “13th month” paycheck of $2,000.

With more than 7,300 bills filed in the Texas House of Representatives last year, resulting in 5,000 being heard and voted on, and 1,400 signed into law, representing District 131 has been a great deal of work. I strongly believe that all of our efforts are worth every moment for the sake of our communities.

I depend on constituents to communicate their ideas and concerns with me so that we can solve problems and improve lives through the creation of bills. Everyone is welcome to call my office or email me to submit your ideas. The ideas for recently passed bills which are now assisting those who have been incarcerated originated with the incarcerated people themselves. If you bring it to me, we will explore it. I look forward to 2021 and the new goals that we will be working hard to achieve.