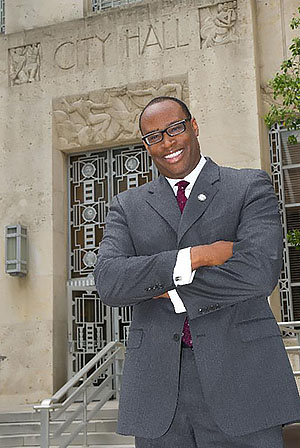 The Five Corners Improvement District has done a remarkable job with regard to public safety. District K is the third safest district in the City of Houston, and I believe a lot of that can be attributed to Five Corners with its private security and the camera program, and the ability to monitor hot spots and the crime situation. Five Corners has also done well with regard to beautification. When you look at the new signage that is around with the Five Corners logo at key intersections, it shows that we are starting to brand the District. We’re letting everyone know that there’s lots of work going on in the area and hopefully, will start encouraging more economic development activity.

I believe companies will start to relocate or locate to the area when they know it’s a clean District, a safe District, and that’s exactly what’s happening in Five Corners. The management district is leading the way to make that happen. We just initiated our Klean It Up, Green It Up campaign to beautify the entire District K. The objective is to plant 2,000 trees. We’ve already planted about 300 in our partnership with Trees for Houston to really green up and beautify the area, We’ve also had community clean-ups. You’ve seen folks like the South Houston Concerned Citizens and high school volunteers really get involved with cleaning up the area.

There are a number of other projects underway, such as a health clinic opening up in the Fountain Life Center at the beginning of the new year. Infrastructure projects such as the Buffalo Speedway extension are also moving forward, with construction set to begin in the first quarter of 2015. Construction is also expected to start on the new $17 million police substation in Cambridge Village Park Police Station toward the middle of next year, and efforts are still underway to bring a major grocer to the area.

I think what you’re seeing is a renewed interest in Five Corners District as well as the entire Southwest Houston area. The City of Houston’s population grows by 10,000 residents each month, 120,000 people each year. And so, people are finding that Five Corners, with its proximity to the Medical Center, major arteries like 288 and the Beltway, the Galleria and downtown, is an ideal location to bring their business, start up a business and to live. We’ve recently had a major uptick in residential home building in Five Corners and I don’t see that stopping anytime soon.

We’re excited about everything happening in Five Corners and District K and look for even greater things to happen in 2015 and beyond.