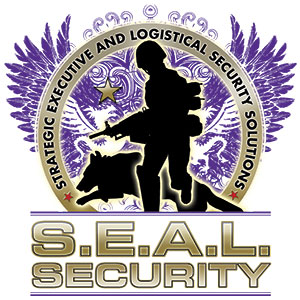 Paul Reese of S.E.A.L. reported on his company’s first two weeks of providing supplemental security for the District, which included officers introducing themselves to business owners as well as HPD substation officers to alert them of their new role. Reese explained that S.E.A.L. officers had also met with security personnel at local apartments that had been classified as hot spots for criminal activity and had inspected a truck stop and hotels where gang activity and prostitution had been reported.

Some hotels and game room operators “don’t want our services,” explained Officer Mendoza of S.E.A.L., who added that “a lot of shady stuff was going on in the game rooms” around the District. After S.E.A.L. visited one game room on West Orem, someone from another private security company called to complain that the S.E.A.L. officers were “scaring away our customers.” Because of loitering and public alcohol consumption, S.E.A.L. will continue to monitor the property, he said.

The S.E.A.L. staff also reported on a gas station in the area where suspicious activity – possibly prostitution and gambling–may be ongoing in a back room. The officers also stopped at the local YMCA on West Orem because of complaints from the manager about a rash of break-ins there and found a door unsecure, but no evidence of a break-in. Less than a week later, officers responded to a call about a burglary of a motor vehicle at the same location, Reese said. During their initial two-week period of monitoring the District, 11 criminal trespass warnings were issued, he reported.

ASE representatives gave a demonstration of their real-time remote viewing surveillance cameras that provide a higher quality picture than analog cameras. Video data is stored for 14 days and can be accessed by and shared with local law enforcement officers, they said. One camera is currently in place on West Fuqua, but the committee discussed the possibility of using cameras to track illegal dumping activity along Anderson Road.