Flavors of Puebla in the Five Corners District 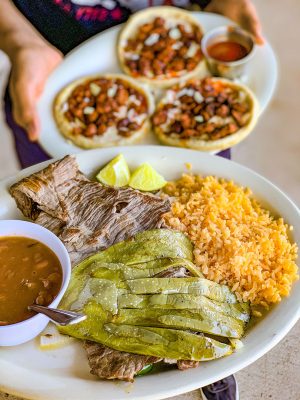 Los Cocos Restaurant serves up a taste of Puebla, Mexico, tucked away in an unassuming strip mall at the corner of Orem and Buffalo Speedway. Francisco Lopez’s long-time dream of starting a restaurant became a reality two years ago, when, with his three brothers, he opened Los Cocos in the Five Corners District. “We keep it as authentic as we can, so people from our hometown, or nearby towns can have a memory of home,” says Daniel Lopez, brother of Francisco.

The Lopez family is originally from the town of Juan R. Rojas, or “Los Cocos” as it’s called by residents, which is a town of about 200 people in the state of Puebla. Lopez has many customers originally from Los Cocos, La Peña, Progreso, and other neighboring towns in the southern region of Puebla. “This is the food we grew up cooking with our families,” says Daniel, pointing to a picture on the wall of mole poblano, which is said to have originated in Puebla. Mole means “sauce” in the Nahuatl language of the Aztecs who lived in central Mexico. Various chilis, chocolate and spices feature prominently among the 20+ ingredients packed into the mole, which varies in recipe from town to town, and state to state. 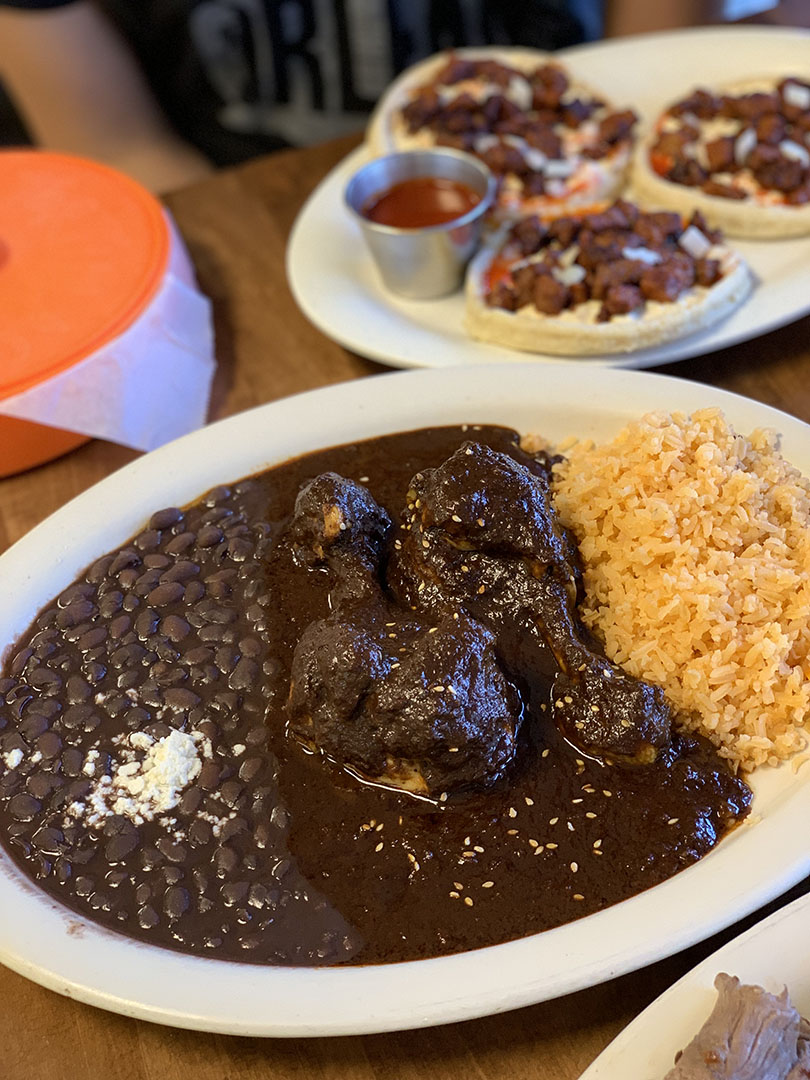 Sitting down at a table inside Los Cocos, my husband and I were greeted with uniquely thick and crispy chips with salsa as we formulated our order. We ended up selecting the Mole (poblano) con Pollo, Picaditas, and Cecina (all pictured), washed down with horchata and Mexican Coke. A visit to Los Cocos would not be complete without trying their mole poblano. We thoroughly enjoyed the complex flavors of the mole, and could strongly identify the chocolate as we scooped up generous amounts into tortillas. We noticed that mole poblano is sweeter than the chocolate mole negro served in Oaxacan-inspired restaurants such as Xochi in Houston.

The state of Oaxaca shares a border and a legacy of mole with Puebla. Picaditas are round corn cakes with tomato, queso fresco, onion, and pork (or chicken, or beef). The taste is accentuated by the amazing red salsa and spicier green salsa provided on the side. Cecina is strips of beef which is salted, exposed to the sun, dried and fried. Los Cocos tops their cecina with strips of green nopales: fried cactus. The cecina is draped over a bed of sautéed onions and bell peppers. We stuffed tortillas full of cecina and veggies, then drizzled the red and green sauces overtop. 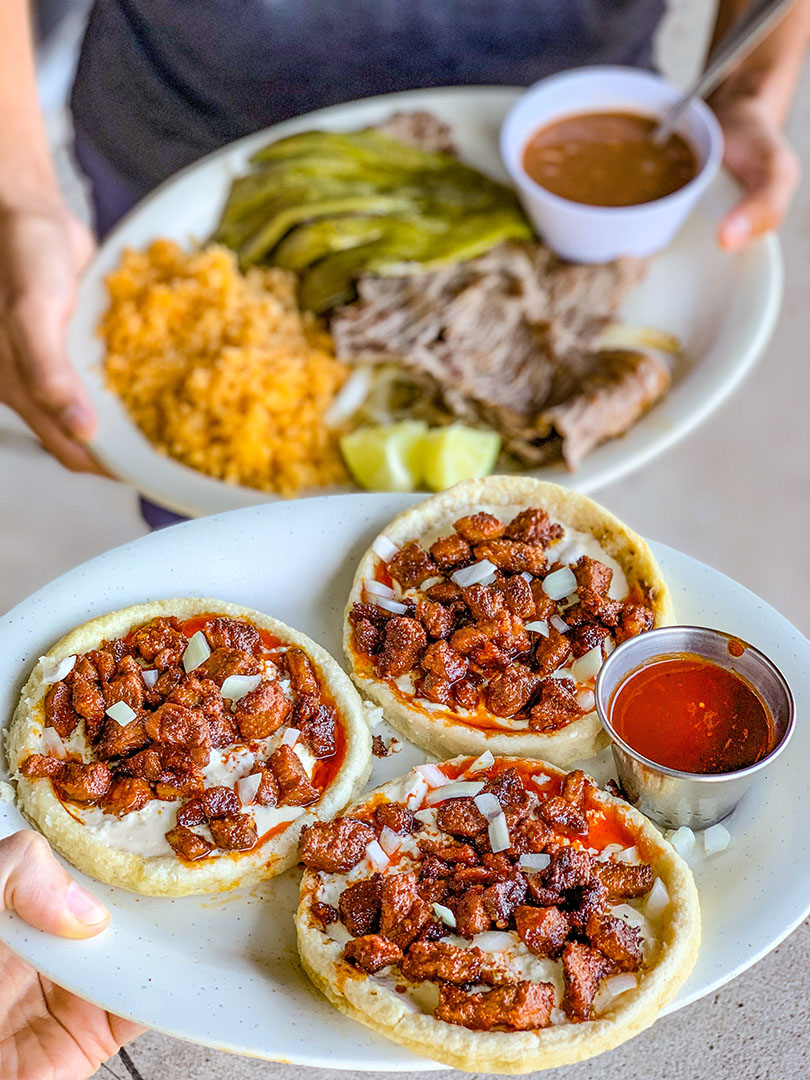 Los Cocos does have dishes more familiar to Houston’s Mexican and Tex-Mex food scene: enchiladas, quesadillas, tacos, burritos. But when in the Five Corners District, I encourage you to branch out from the norm and treat yourself to a cuisine that families in Puebla have been enjoying for generations.