Skip to content
Home/Community, Projects/Current Improvement Projects in the Neighborhood
Previous Next

Current Improvement Projects in the Neighborhood 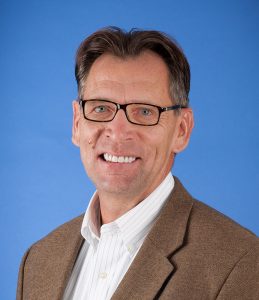 If you live in the Five Corners Improvement District, you have witnessed, whether aware or not, what the City of Houston calls TIRZ projects. What does this mean? TIRZ is an acronym which stands for Tax Increment Reinvestment Zone. The “zones” that TIRZ refers to are specific locations in the Five Corners District that the City of Houston and the community wishes to improve. The people who help decide on TIRZ boundaries and make improvement plans are an appointed board of directors comprised “typically of people who live in the TIRZ, have a business there, or a personal stake in the area, and want to see work done,” explains Don Huml, Senior Project Manager for Hawes Hill & Associates. These board members collaborate with elected officials and other agencies to help designate the contractors to complete projects.

There are two TIRZs that operate in the District, each working on several improvement projects. One is called TIRZ #9, and the other is TIRZ #25. “They consider themselves to be like siblings; they like to work in tandem. They operate under a tri-party agreement, with the third party being the Five Corners District,” explains Huml. Improvement projects come in many different forms; oftentimes the TIRZ focuses on transportation projects, such as improved roads, intersections, or new traffic signals. Huml, who works on behalf of the TIRZ within the District, says that projects like this are occurring now. 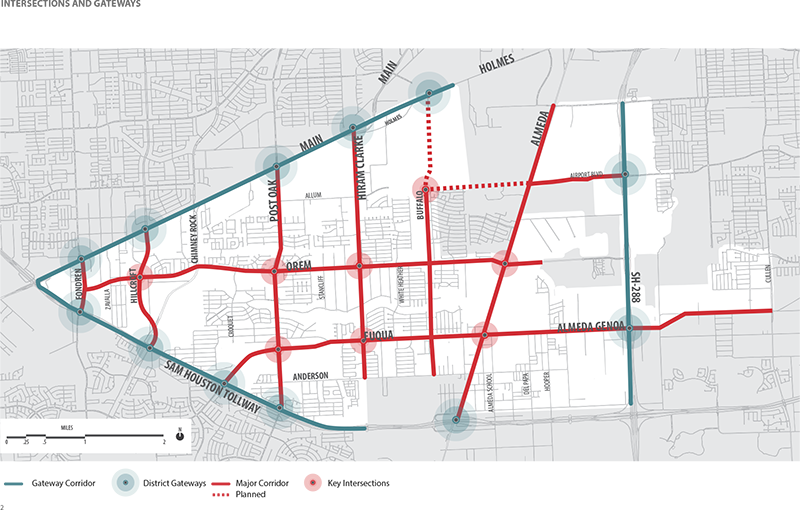 Plans have been made for four different intersection improvements in the heart of the District, designed by the engineering firm Huitt-Zollars. This company has completed many major projects in the Houston area, including the Marriott-Marquis Hotel downtown. Costing a total of approximately $6M, these key intersections, once upgraded, will help build a visual identity for the Five Corners District. “We want to put design elements in the intersections so that when you drive through, you will immediately identify them with the Five Corners District,” says Huml. Design elements will include signage, graphics, landscaping, traffic lights, crosswalks, and more. The renowned landscape architectural firm Asakura Robinson is working in conjunction with Huitt-Zollars to provide some of the design elements. “We’re also improving the traffic flow. They won’t just be pretty, they’ll function better too. Wait times at lights will be decreased.”

Be on the lookout for construction to begin by the end of this year at these intersections, expected to be completed in about 12 months:

One of the most exciting TIRZ developments, currently in the design phase, is the construction of a new outdoor amphitheater beginning later this year. The Corinthian Pointe Amphitheater will be located on Croquet Lane near West Orem in what is now an underutilized detention pond. The stage, and seating areas will be made of materials to withstand outdoor conditions, and will be intended for concerts, community events, farmers’ markets, and food trucks.

The amphitheater is one aspect of an overall vision for the area along W. Orem between Fort Bend Parkway and S. Post Oak. As a result of the collaboration between TIRZ #9, local Pastor Kirbyjon Caldwell, and the George E. Johnson development company, significant progress has been made to bring residents and businesses into the area since the early 2000’s. The nicely manicured Corinthian Pointe subdivision was built across the street from Kirbyjon’s Kingdom Builders complex, and the surrounding restaurant options, pharmacy, and YMCA were established as part of the plan. The Corinthian Pointe neighborhood maintains 80% of its homes as affordable housing in an effort to support first-time home buyers.

Also benefitting residents of the Five Corners District, TIRZ #9 is involved with the highly anticipated CenterPoint Trail completion in conjunction with the Houston Parks Board. This hike-and-bike path stretches underneath the CenterPoint electrical easements, an area that until now has been an underutilized greenspace, and continues outside of the District. To help facilitate safe use of the trail, TIRZ #9 has allocated $450K for improvements to crosswalks, and bus shelters at nearby intersections.

The District anticipates a growing population density in the near future, and these projects are paving the way for the development. The Five Corners District welcomes you to attend and participate in their monthly board meetings to keep updated on current developments. Meetings are held every 3rd Friday of the month at 12:00 pm, at the Hiram Clarke Multi-Service Center 3810 W. Fuqua Houston, Texas 77045.