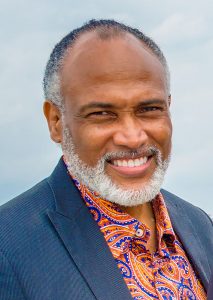 2019 has been an extremely successful year with regards to public safety in the Five Corners District. Work that the Public Safety Committee has accomplished in the past several years has made a night and day difference in the amount of criminal activity occurring in our community. Looking back to before the district was created, what is now the Five Corners District accounted for between 10-15% of all incidents occurring in Houston. Now, after focused effort of the district to address this concern, we take pride in our multiple-year ranking as the third safest district in Houston.

We give a great deal of credit for this achievement to our SEAL security team, a major force in the constantly decreasing number of crime-related incidents. This year, a fourth SEAL Security car was added to the ranks of officers and canines assigned to the dedicated patrol of the district. Their efforts support the work of local HPD officers, who just last year opened their brand-new substation in the Five Corners District. This presence of HPD officers and the convenience of the substation brought immediate change to our area.

Our implementation of security cameras in strategic locations in the district have had a dramatic effect on our crime statistics. Criminal activity that we have been targeting includes illegal dumping which has proved a major problem for our community. We want Houstonians to know that the wide-open spaces in the largest management district in our city are not an invitation for dumping waste. Cameras have proved a great help in both deterring and catching individuals who commit this crime, as we are then able to report them to HPD.

In the coming year, the Public Safety Committee will be adding a handful of additional cameras in much-needed locations, as well as rearranging the current cameras to ensure that they continue to be used for the community’s greatest benefit. Being highly responsive to the needs of the community is our top priority, and frequent repositioning of the cameras for surveillance both night and day is an important part of our strategy.

Our graffiti abatement team has set the standard for responsiveness by eradicating graffiti almost immediately upon hearing a report. We have an extremely low rate of graffiti in the district, as this consistently quick removal has discouraged its creation.

The initiatives of the Public Safety Committee send the message that the Five Corners District will not tolerate crime. Our aggressiveness with the presence of SEAL Security, cameras in what were hotspots for illegal activity, and removal of graffiti has been essential in establishing ourselves as a safe, family-friendly community. We look forward to continued collaboration with Five Corners businesses, community members, council members, and HPD in 2020 to build on our successes and work toward an even brighter future.

This is a friendly reminder that your annual assessment payment is due before close of the business day on January 31st in order to avoid penalty and interest.

Please do not mail your payments to the management district office.

You may also obtain a copy of your statement at www.equitaxinc.com