In Five Corners District, Houston Police Department officers continue to work in tandem with the officers of S.E.A.L. Security contracted by the District to maintain an active law enforcement presence, and to deter and enforce crime. In December of 2013, Chief Buenik, reported that the District crime rate was much lower than many parts of Houston contrary to what many in the community think. In 2014 this trend continued.

”The updated report for 2014 continues to prove what we have been saying all along, our community is one of the safest in Houston. We just have to get the word out there and help dispel the notion that crime in SW Houston is higher than average because that simply isn’t true.”
— Director of Services, Allen Goodlow 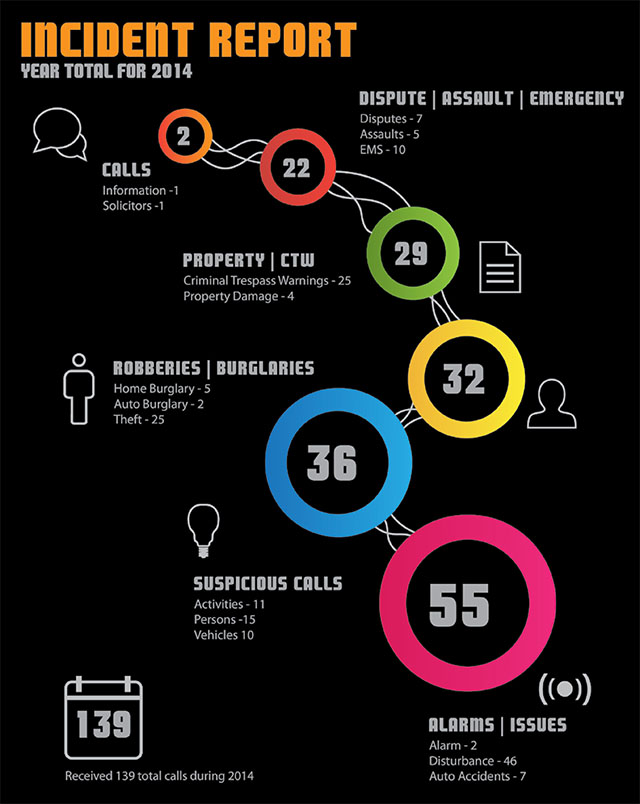