Skip to content
Home/About the District, Community, My Five Corners/An Interview with Board Member Vivian Harris
Previous Next

An Interview with Board Member Vivian Harris 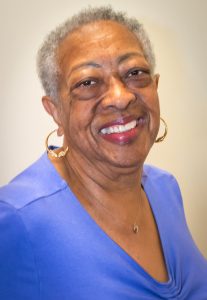 Five Corners District board member Vivian Harris is a longtime community activist and advocate. Over the course of her 50 years living in Central Southwest Houston, Harris has seen a great deal of change in the area. As a resident with a passion for making her neighborhood a better place, she does not shy away from the obstacles that have presented themselves over the years.

“I was born and raised in Alexandria, Louisiana; right in the middle of the boot,” says Harris. “Right after I got married, my husband and I moved to Houston for a job in 1966. I’ve been in the Five Corners area since 1970.” Over the decades, what was once farmland and ranches was transformed into developments and subdivisions such as Glen Iris, Regal Oaks, and others along Almeda Road.

“When we first moved out here, we were told it never flooded,” says Harris. Shortly thereafter, the area was inundated with two flooding events which required the community to band together and assist those affected. “That’s when I got involved in the Meredith Manor Civic Club, to help with the flooding,” says Harris.

Shortly thereafter, Harris became president of the Meredith Manor Civic Club, serving in that role for a total of about fifteen years. “With the civic club, we sat and talked with El Franco Lee about doing something about the flooding in Sims Bayou area,” she says. “We got him to commit to alleviate flooding, through the Harris County Flood Control District. The plan was to restructure Sims Bayou, a project which took 25 years to complete.”

As the Central Southwest area was still in the early stages of development during the 70’s, “there were no lights in the subdivisions,” remembers Harris. Providing lighting on the streets became one of the civic group’s major projects in the 80’s, with success in part due to the group teaming up with Council Member Rodney Ellis.

“During my time as president of the civic club, we partnered with the Parks Department to plant all the trees from West Orem to West Fuqua, and in Townwood Park as well,” says Harris. The group worked with Metro to have a Park & Ride constructed at the corner of W. Fuqua and Buffalo Speedway.

Harris knew that as much as they could accomplish as one civic club, more was possible by collaborating with other civic clubs in the area. Under her leadership, the clubs joined under one banner: the South Houston Concerned Citizens Club – (SHCCC). Harris served first as the Vice President, and then the President of the SHCCC until 2012.

“We had been going back and forth from city hall trying to get things done, and nothing was being done. Once we teamed up, we were stronger,” she remembers.

Together the SHCCC tackled community problems such as the dangerous South Post Oak road, which they were successful in converting from a two-lane road with deep ditches to a four-lane road with sidewalks in the early 90’s. They saw the implementation of a multi-service center on W Fuqua; as well as a community center & pool at Townwood Park.

When the Five Corners Management District was created in 2007, Harris served as its first president, remaining in her role for five years before serving as a board member.

Over the past 13 years, Harris has continued working toward the betterment of her community, with the same determination that she has held since the beginning. She has helped the residents and business owners understand the mission of the district, and shown them that together they are stronger. 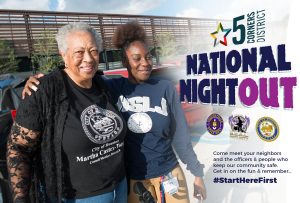 Partnering with TIRZ 9 and TIRZ 25 has made a significant and lasting impact from developing the infrastructure of the district to bringing in major businesses. The Hines industrial park, and the Amazon warehouses are two recent additions along Beltway 8. Intersection and bus stop improvements, lighting underpasses, and collaborating with the Parks Board to create a bike trail along Sims Bayou are just a few examples of the projects the Five Corners District has invested in.

With as much as been accomplished thus far, Harris and the board continue to work toward future goals. “We want to encourage more economic development. We would love to have a greater amount of restaurants, a quality grocery store, and even a Town Center,” says Harris. “We need a wider selection of housing development for our young, educated people who are looking for a place to settle down.”

“We are proud of our low crime rate, but we would like to see it go down to zero,” laughs Harris. “As a board member, I just want to see things get done. If I can lend a hand, that works for me. I want to always do what I can to make things better.”