Serving up heart and soul in 5 Corners

Catherine Simon was born and raised in Lake Charles, La., where she worked as an educator. Outside of the classroom, she minced vegetables and did what she loves best: cook food. She always had a passion for preparing meals and has used her skills to provide meals to those who needed them.

She moved to Houston 8 years ago and opened her restaurant, Soulfood by Catherine, in the 5 Corners Management District. The inspiration for migrating came from her brother, Charley Reado who has been in the restaurant industry for over 40 years. Now he co-owns her restaurant, and they stand together as a team.

In fact, after raving about her cooking talents, more than one of her relatives encouraged her during the switch from being a Louisiana teacher to a Houston restaurateur. Being new to the neighborhood, she operated the restaurant at first with employees her brother hired for her. And in line with her proven generosity, she fed many people in the 5 Corners area for free during the first months of operating the eatery at 4202 W. Fuqua. 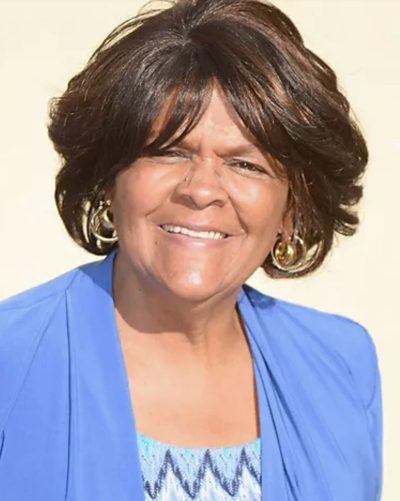 “Out of my 35 years, 25 of those were working with less privileged children so that’s my passion, helping whenever I can help,” Simon said. “I always had the philosophy that it’s better to give than receive. I enjoyed doing that because a lot of people that were around here were not that financially able. I had some of the same people come everyday, Monday through Friday to get the free meals and I felt good about that.”

Signature Dish #1 of Louisiana cooking is gumbo, and Simon’s recipe is one to die for. Other recipes of Simon’s that I tried were the fried ribs, yams and mac and cheese. The ribs were fried to perfection with an everlasting crisp, the yams were sweet and yummy and the mac and cheese melted right in my mouth!

Simon said every menu item at the restaurant is made according to a recipe, but some never taste right unless she makes them:

“There are about four items that no one (else) has made over the eight years I’ve been here. No one has ever made the gumbo, potato salad, cabbage, and especially the mac and cheese,” she said.

“Even if someone tries to follow (the recipe), it wouldn’t come out the same as mine.”

Simon said her hard work in the restaurant saves her time at home.

“Believe it or not, one of the greatest joys of owning your own restaurant is that you don’t have to cook when you get home. I prepare most of my dishes here and then bring them home. When I leave work I go home and don’t have to worry about preparing dinner, because I always make it for my family,” she explained.

Simon sees the possibility of the business atmosphere getting stronger in the District, especially now that more customers are comfortable venturing out after the pandemic.

“By not being from here, I really don’t get involved with what’s going on, other than what I see,” she remarked. “But I do know that it’s a possibility it can get better. As I look around when I travel, I see a lot of new home development…. I also see a lot of businesses originating in the area as well. So I feel that economically, if these businesses are coming in, then the economy has to get better. I’m hoping that it gets better, because we are here and don’t plan to go anywhere.”

She ended our visit by saying she thanks God for the restaurant surviving thanks to word of mouth among customers rather than through extensive advertising.