Power Center is reborn as mission-driven Community Collective For Houston 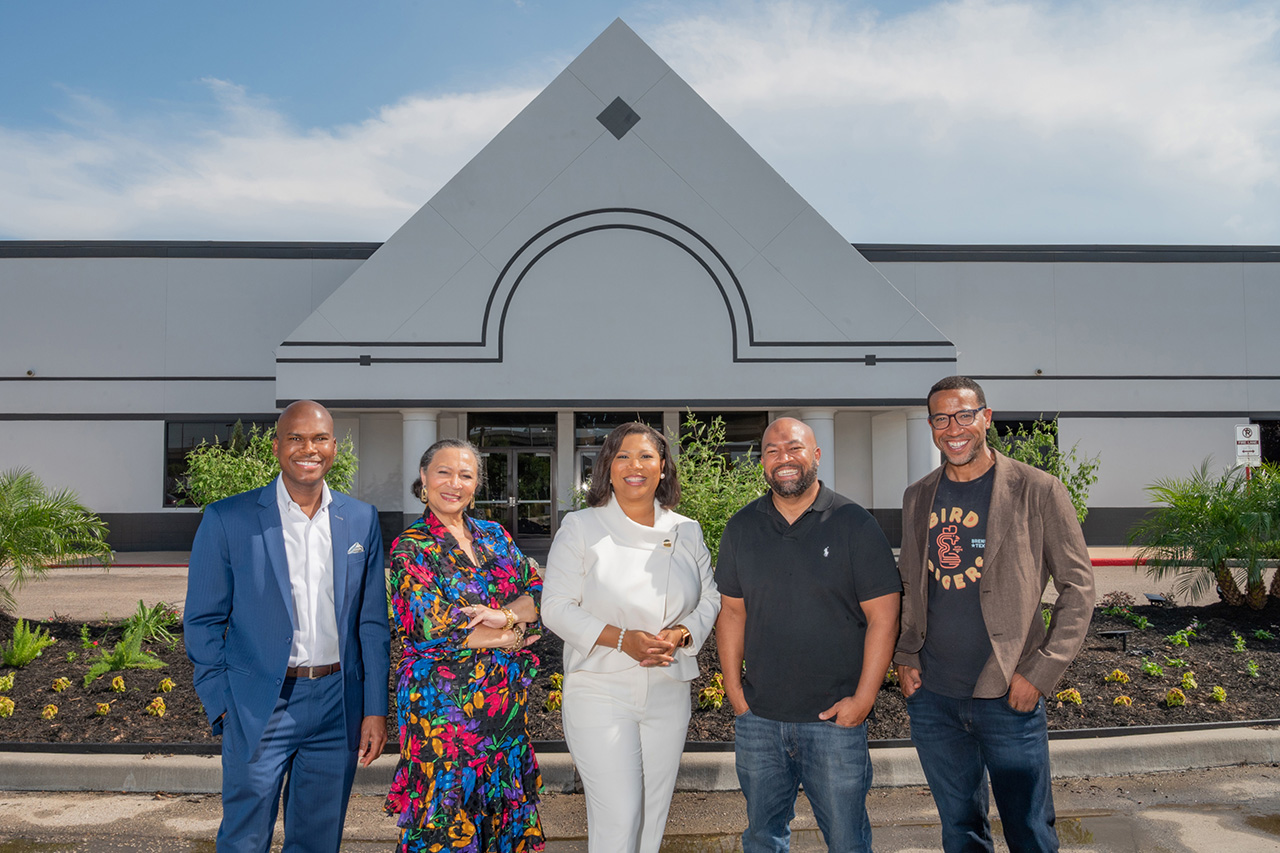 A modernization project is well underway on the massive building known for decades as the Power Center. The new look is a hint of many enterprising things to come at the high-profile intersection of South Post Oak Road and South Main Street.

A tight-knit group of new owners has renamed it The Community Collective For Houston. The group has already started turning part of the facility into an incubator for about 40 small businesses, as well as the home of a commissary and catering operation that feeds needy people. Next for the nourishment enterprise is a food-producing garden and pavilion at the same location.

Further plans at 12401 S. Post Oak in the 5 Corners Improvement District are almost as expansive as the property itself, whose square footage equals the size of 21 standard-size basketball courts.

The owners, who took over at the start of the year, include the non-profit Lucille’s 1913, which is focused on building an eco-system to combat food insecurity and food waste — and provide training and job opportunities. The center’s commercial kitchen will help fulfill the missions.

The venue also has more than 17,000 square feet of event hall space that often serves during the day as a site for professional group luncheons or test-takers seeking certifications in their professions.

Leading into the event hall, a mall-like space includes storefronts where a pharmacy, a family care physician and an optometrist operate. Down the hallways are offices for lawyers, printing companies, testing companies and more. A Chase Bank branch operates at the building’s east side.

Also, the new owners envision the property becoming one of the few Black-owned “green” businesses, meaning facilities that rely on clean, energy-saving devices such as solar panels, energy-efficient lighting and automation, and charging stations for electric vehicles.

The Collective offers programs at least monthly for its business tenants to learn together about expanding their ventures.

The businesses “are part of the community, and we provide the ecosystem to help them grow,” Johnson Rose said.

The Collective is in Houston City Council District K, represented by Vice Mayor Pro Tem Martha Castex-Tatum, who has been among the featured speakers at the business gatherings.

Naturally, she looks forward to dreams coming true at the facility.

“The (former) Power Center has been a major space in our community and it is critically important to our community’s economy,” she said. “I’m ecstatic about the Community Collective for Houston recognizing its importance and opportunities to amplify commerce and draw more people to this safe, thriving part of the city. We see the improvements already with the beautiful exterior main job and are looking forward to celebrating the successes of the organization.”

Johnson Rose said one way the Collective will measure success will be how much the facility functions as an elite gathering space for the area’s major events such as corporate meetings, annual banquets and chambers of commerce sessions.

The Power Center opened in 1995 through a community development corporation (CDC) started by Windsor Village United Methodist with the goal of enhancing the area “educationally, economically, socially, spiritually, culturally, medically and emotionally.”

CDCs are non-profit organizations that seek to revitalize communities across the nation.

With Lucille’s 1913 on board, the Collective taps into an even longer history. The name of the non-profit and the restaurant honors the memory of the Williams brothers’ great grandmother, Lucille B. Smith, who founded her own food company. The restaurant’s website includes a photo of her shaking hands with the Rev. Martin Luther King Jr.

King figures in the African American history that The Imani School teaches year round, along with Spanish, speech and core academic subjects as parts of a rigorous curriculum.

Besides providing food for the commissary, the garden and pavilion will be developed to serve as an educational asset for its Imani School neighbors, according to Chris Williams.

Students will be able to watch the planting of seeds, the harvesting of produce in responsible ways, such as composting, to dispose of the plant matter left behind, he said. It’s one of the many ways The Collective sees growth ahead. 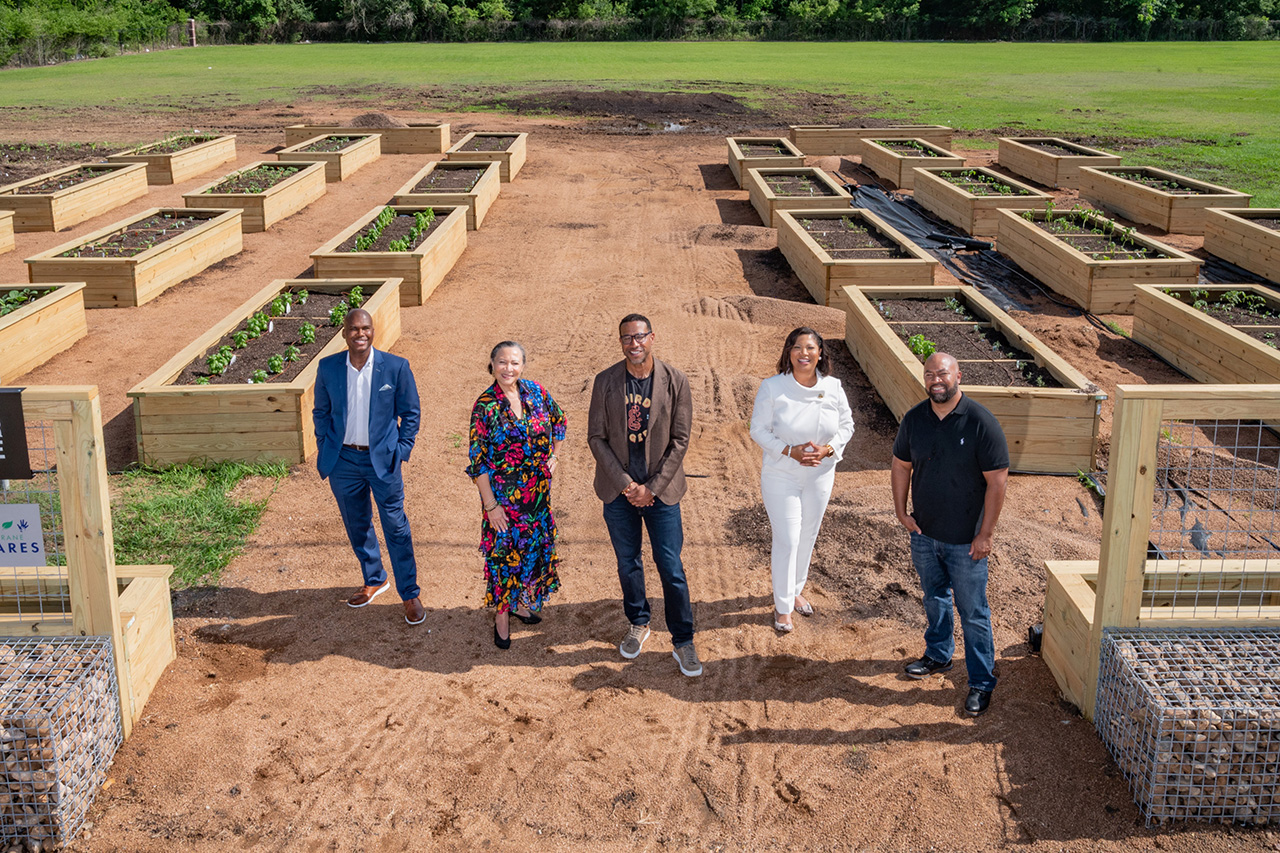