Skip to content
Home/Community, My Five Corners/Houston Police Chief Troy Finner: A son of the 5 Corners District
Previous Next 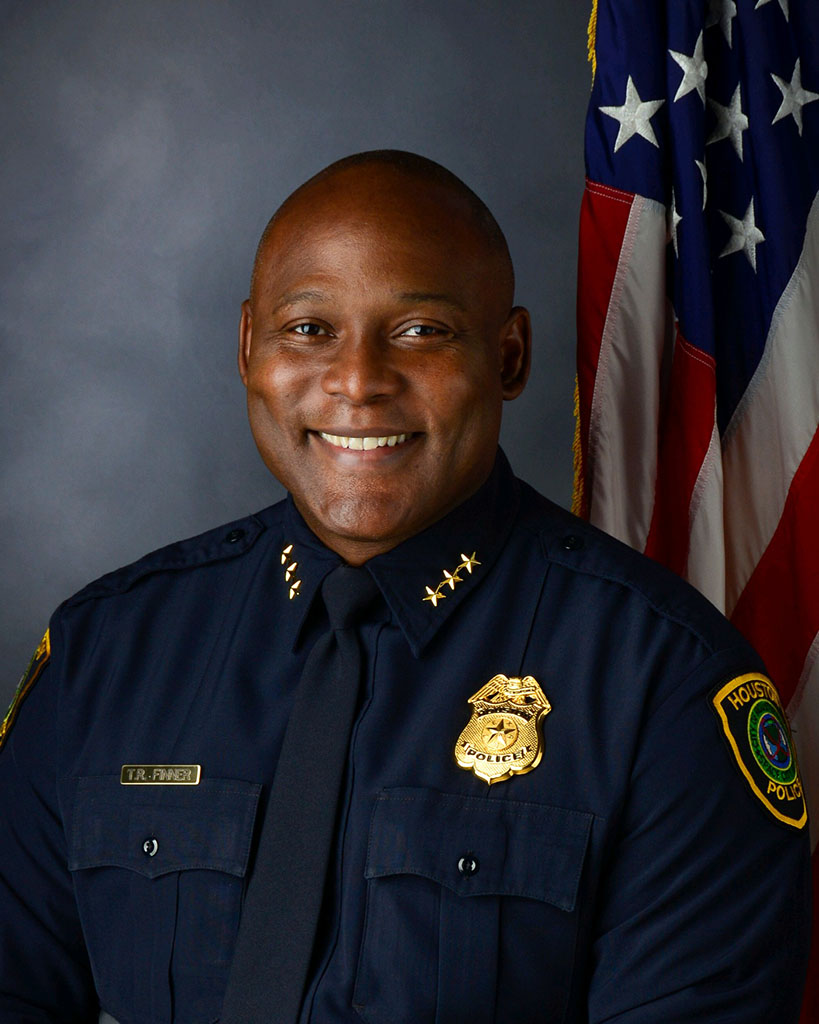 When Troy Finner graduated from Madison High School in 1985, he had no idea he would become a police officer.

“Safety” was merely one of two positions he’d played on the football team. No one in his family, which was centered in the Hiram Clarke neighborhood, had worked for law enforcement. He didn’t know any police officers, either.

But as a student at Blinn College a few years later, Finner took a class on serial murders and became fascinated with the topic. He transferred to Sam Houston State University and got a degree in criminal justice.

And shortly after becoming the first in his family to earn a college diploma, he went to work at the Houston Police Department. Thirty-one years later, he is the new chief of the department after being appointed by Mayor Sylvester Turner and unanimously confirmed by the City Council in March.

Finner’s parents, Nobia Finner and Leroy Finner Jr., still live in the Hiram Clarke area. The new chief remains fond of the neighborhood, where, he said, families supported each other and kept an eye on each other’s youngsters and teachers and coaches at schools down the street, men and women alike, served as role models.

The neighborhood is part of the Five Corners Improvement District.

“When we came up, everybody pitched in and everybody took care of one another. Nobody was rich out there, so the families had to pull together,” Finner said in an interview for the District.

“But one thing, they kept order,” he continued “If you got out of line, Mrs. Jones down the street could discipline you and your parents didn’t have a problem with it.

“We had so many strong role models. So that’s just something we (as a city) miss right now. It was a village.”

Is there a way to recapture that great sense of community, we asked.

“We’ll try,  but  . . . a lot of people have moved out to the suburbs and you have less of a community,” he said. “When I was coming up, you had generations of people, they stayed there. Everybody stayed in that area. So it’s really tough to get that back.

“But we’ve got to roll with whatever we have right now. In whatever community you are, good people are going to have stand up in partnership with the police and make sure we are crushing crime.”

Finner’s first assignment as a patrol officer was about six miles northwest of Hiram Clarke in the Sharpstown and Gulfton areas — in the same part of town, by Houston standards. It was one of the many diverse places throughout the city where he developed his philosophy that keeping a lid on crime requires keeping in touch with the residents’ grassroots needs and ways of thinking.

“A lot of times police departments worry about stats,” he said. “But we are in the business of people. You’ve got to make sure that you are listening to people, that you are hearing their hearts and you’re hearing what’s going on, and serve them in the way they need to be served.”