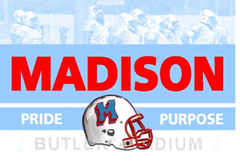 “As a strong supporter and 1983 alum of James Madison High School, I was honored to be selected by the school’s homecoming committee as this year’s Grand Marshal to lead the homecoming parade,” states Council Member Green.