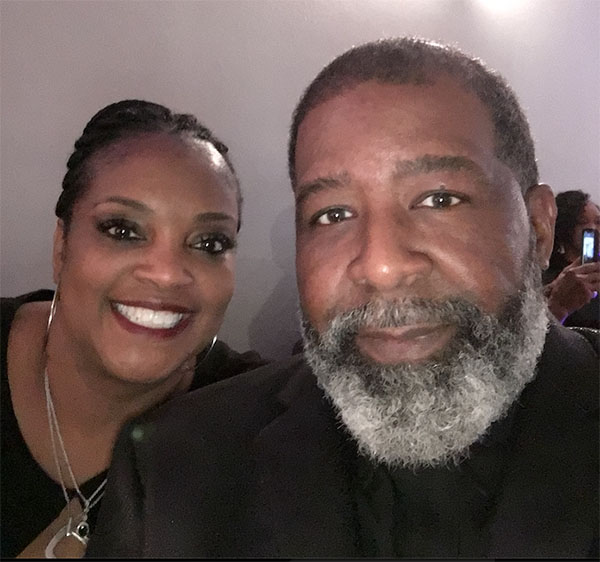 A resident of 5 Corners his entire adult life, multi-talented Russell Taylor passed away suddenly in May, leaving behind his widow, Seletha Taylor, his son Tristan, a brother and sister and countless contacts from his varied careers.

His 5 Corners District Barbecue truck was the main topic of an article  published here in November 2021. He loved being in the kitchen creating food.

“After his retirement, Russell wondered what he would do, and he always had a passion for cooking and for barbecue,” Seletha Taylor explained. “So he got the trailer and started that using the method his father taught him, to cook low and slow.”

Seletha said neighbors appreciated this last venture, and their feelings made him very happy. At the permanent spot for the truck he’d secured in the 5 Corners District, he liked being his own boss and worked on renovating the trailer.

He died of a heart attack 11 days after his 60th birthday.

Even while being a barbecue king of the area, Russell had part time careers in acting and voice-over work, podcasting and working as a music producer.

In fact, he did all of those simultaneously while working full time in the chemical industry.

Russell and Seletha met while attending Texas Southern University in 1981. They married in 1985 after Russell left school and began serving in the U.S. Army, including a three-year stint stationed in Germany.

Following his military service, he was employed by Rohm & Haas, which became Dow Chemical, as a chemical operator and retiring after 26 years.

After returning to Houston after the Army, with music his main interest and hobby after playing in his high school jazz band, he formed a music writing partnership with Lonicko Harden. This was a sideline that he was most passionate about and that grew from a modest start at his home base.

“They started with a studio in our den at our home, mixing things, and as he created and clients were referred to him, he expanded the studio into an extra addition to our house,” Seletha said. “He called it the Tuphunkefuya (Too Funky For You) Studio.”

Over the years, he started producing records, adding sound and otherwise enhancing music demos that came to him. He produced several gospel albums. The business branched into Tuphunkefuya Productions Recording.

“Oh, Russell loved (producing) his music, giving the music more sound,” Seletha said. “I still have his clients reaching out to me.”

While running the studio, Russell’s characteristic, deep voice had a very rich tone that caught on with local advertising people. He recorded quite a few voice-overs for radio commercials.

Taylor also wrote and recorded hundreds of his own songs but didn’t try to market himself as a singer with a songbook. These recordings remain in his home studio.

“He was always singing and he liked performing, but he did not want to be up front — he liked being in the background,” Seletha said.

After experiencing success in multiple venues, the barbecue business was his final business accomplishment.
“Everything he did was successful and it made him so happy,” Seletha said.

There is no doubt that Russell Taylor touched so many area people whose lives he enhanced with his multiple talents. His loss will be felt for some time.