The city of Houston has long had an ordinance banning the sale of alcohol within 300 feet of churches, public schools, and hospitals. As a result, broad stretches of the city are off-limits not only to bars and liquor stores, but also supermarkets with beer aisles.

On Wednesday, the city council unanimously voted to revise the regulation with those supermarkets in mind. The exemption they created offers an interesting case study in the land use and business of food access.

At issue were two obstacles: Some of the low-income neighborhoods in Houston with the least food access also have a particularly high number of churches. And while larger grocers could still move into these areas, they’re unlikely to if they can’t count on the profit margins that come from selling beer and wine.

Under the new regulation, beer and wine sales are no longer banned from stumbling distance of churches. But in an effort to constrain which businesses might move in as a result, the exemption applies only to stores that are at least 10,000 square feet in size, where alcohol can’t be consumed on-site, and where alcohol makes up less than a quarter of the store’s receipts.

Much of Houston is considered a food desert by the U.S. Department of Agriculture. According to the agency’s food-desert mapping tool, these green patches below are low-income census tracts where a significant share of people live more than a mile from the nearest supermarket (food desert definitions are fraught for many reasons, but this is how the government defines them): 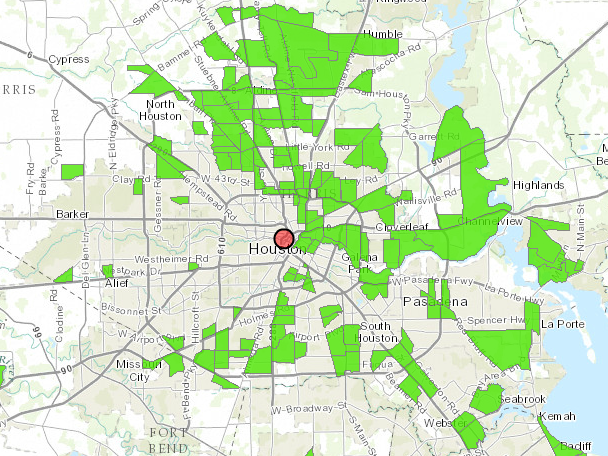 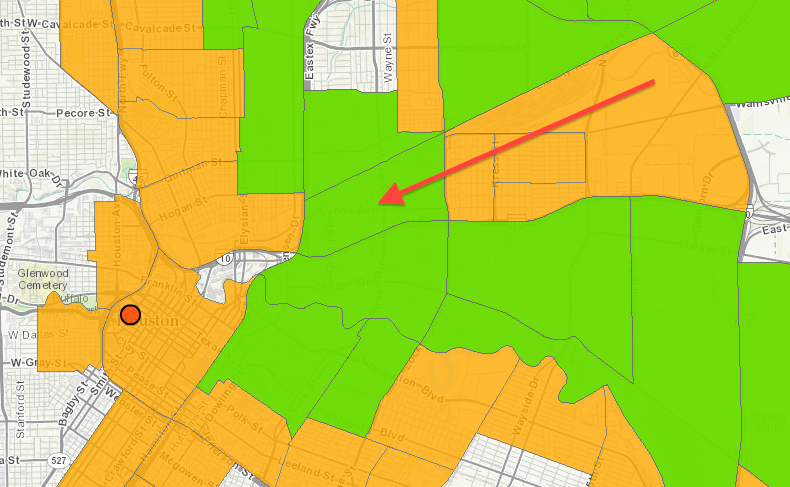 Zooming in even further, these are the neighborhood’s churches, per Google Maps: 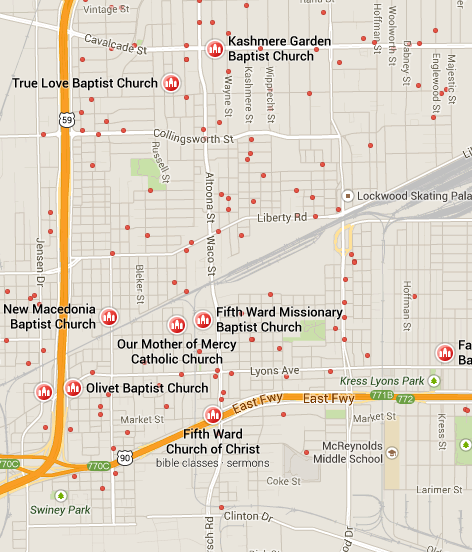 And another neighborhood, the Third Ward, with a similar issue: 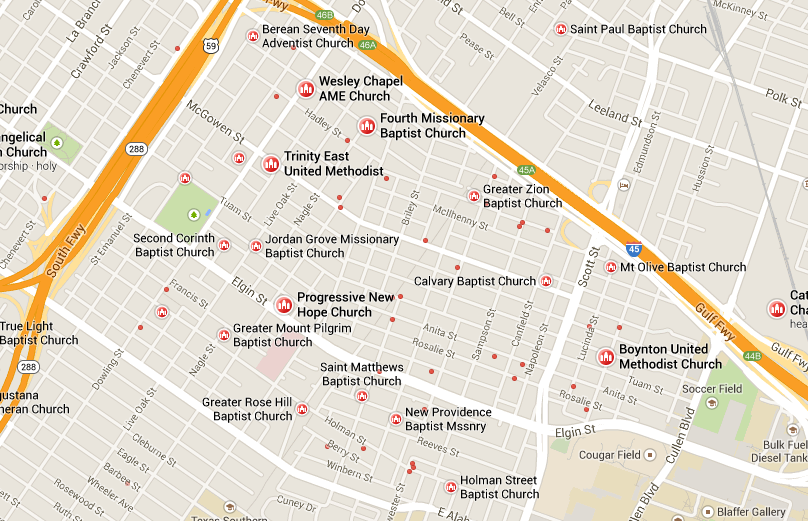 The exemption is supposedly narrow enough to create an opening for grocers in these neighborhoods without welcoming bars, gas stations, or liquor and convenience stores operating under the guise of food vendors. But the new law also acknowledges an awkward reality: Supermarket chains can’t make the business case for bringing produce into these areas if they can’t also bring alcohol.