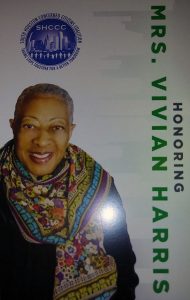 Mayor Turner affectionately recalled his earliest days in his political career, that he was somewhat “frightened” by the influence wielded by Ms. Harris and sought to never disappoint her. When he launched his mayoral campaign over four years ago, he was “invited” to a meeting at Ms. Harris’ home. The invitation wasn’t suggestive, rather he understood that he had to oblige. Ms. Harris had assembled a room full of neighborhood leaders whom, to this day, Mayor Turner still counts as his mentors.

In keeping with the “Community of One” theme, the Mayor urged all Houstonians to become “participants” in their community and avoid being naysayers. He also suggested that Houstonians continue to live and support the City and to avoid being lured to the “Lands.” There were lots of people with question mark expressions, until Mayor Turner explained that the Lands included SugarLAND, PearLAND, the WoodLANDs. 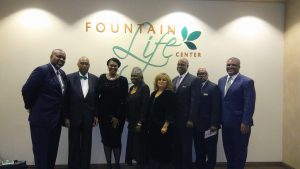 Ted Andrews, Chairman of TIRZ 9 and 25, both located in the Five Corners District were also in attendance and Congress Woman Sheila Jackson Lee, presented a special award to Ms. Harris.