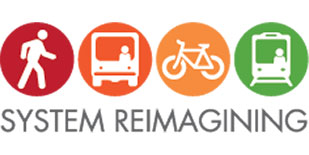 The City of Houston and METRO Invite You to

The meetings are “open house” in format and will provide a brief overview of the System Reimagining project and the major changes proposed under the plan. Several stations will be set up at which visitors will be able to learn and discuss aspects of the redesigned system, and to share their comments. Here is the schedule.

The redesign of METRO’s local bus system has been underway for more than a year. The plan aims to connect more people to more places with more frequent service seven days a week. For an overview of the proposed plan, go here.

The public’s feedback is an important step in the process as the draft plan is refined before it goes to the METRO board for its review and approval. Following board approval, the new bus plan is slated to be implemented in the summer of 2015.

For those unable to attend the public meetings, comments may be submitted on the website, via email at reimagining@ridemetro.org or by calling the Project Hotline at 713-739-6026.