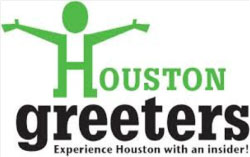 Houstonians are invited to own pieces of Houston’s history donated from Mayor Parker’s private collection.

HOUSTON, Texas (October 1, 2013) – Houston Greeters hosts the Mayor’s Memorabilia Gala on Thursday, October 17, 2013 from 6:30 – 8:30 pm at the Julia Ideson Library on 500 McKinney Street. Tickets to this fundraising gala are $20 each and include live music, drinks and appetizers along with both a silent and live auction. Up for bid are pieces of city memorabilia, commemorative items from Mayor Annise Parker’s private collection and dinner with the Mayor, the Indian Consul General and the Sri Lankan Consul General.

“Houston Greeters is the only organization whose sole purpose is to promote our great city and its cultural diversity,” said Gordon Quan, Chairman of Houston Greeters. Mayor Parker serves as the honorary chair of the Houston’s Greeters, a local arm of a Global Greeter Network currently in 15 countries. Quan states, “This Mayor’s Memorabilia Gala is a vital fundraiser that will enable us to continue our efforts to showcase where Houston has been, where we are going, and how we are making a difference.”

Passes are available to members of the media. Please contact Myra Johnson at mmss.j@hotmail.com or 859-536-0748.