What better way to celebrate a season of Thanksgiving than to feed families in need and pay tribute to local students? 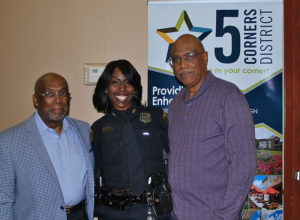 The fifth annual Gratitude and Giving Dinner, presented by the Houston Police Department Southwest Command Division, was held Monday, Nov. 14 at the Power Center at 12401 South Post Oak, with an estimated 300 people attending.

“We understand the importance of giving back to our communities knowing that it takes a village to raise a generation,” said Officer Mary Young, Community Service Specialist, who organized the event.

Students who attended with their families were from four local elementary and middle schools, identified by school counselors as being economically challenged. They were served a meal by celebrity waiters––three retired NFL football players. Among them were Lamar Lathon, who was drafted out of the University of Houston by the Houston Oilers and ended his career with the Carolina Panthers in 1998. He was joined by Jerel Myers, a graduate of Madison High School who played for the Buffalo Bills and Washington Redskin; and Stan Petry, a Willowridge High School graduate who played for both the Kansas City Chiefs and Carolina Panthers. 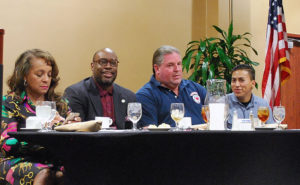 The emcee for the evening was former KPRC-TV reporter Mary Benton, now serving in media relations and public affairs for Harris County; and the color guard was provided by Madison High School.

“It’s important that Five Corners represents the community in any way we can help,” said Homer Clark, Five Corners Management District chairman of the board. “We’re always happy to do that. I hope the kids enjoy it, and we want them to know we’re thinking about them.” 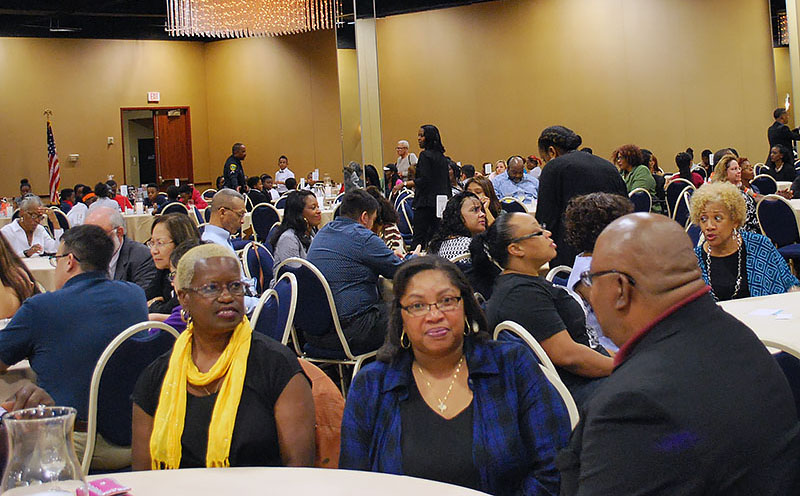