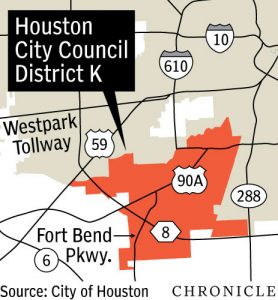 It’s been almost three months since I was sworn into office as your City Council Member of District K, and I am immensely honored to represent you. During my first month in office, I began serving with the rest of my colleagues on the committees of Budget and Fiscal Affairs as well as Ethics, Elections, and Governance. In addition, I was appointed to three committees: Housing and Community Affairs, Transportation, Technology and Infrastructure (TTI) and Regulation and Neighborhood Affairs.

Identifying someone to join our team as Director of Constituent Services was one of the most important decisions I knew I would make. I am happy to announce I have selected Melvin Hopkins as our new director of constituent services – the role I occupied under the late City Council Member Larry V. Green. This position is critical to our ability to efficiently and effectively address your concerns, and we are excited to welcome Melvin to our team.

Summer may be winding down, but the weather continues to heat up in Houston. It’s important that you stay cool and beat the heat. The city of Houston has partnered with Reliant to keep open 11 cooling centers, which feature air-conditioned facilities, bottled water and snacks. The centers will be open through the end of September. Here is a complete list of locations.

We have so much in store for District K, and with your support, we can continue building upon the great foundation that already exists in our area. I look forward to seeing you around the district.

Director of Constituent Services Is Here to Serve You 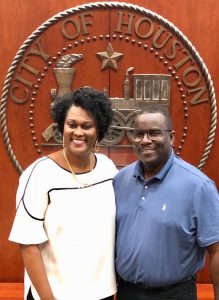 Melvin Hopkins has a heart for serving people, and he’s a natural problem-solver, which is why he is a great choice for the job of director of constituent services for District K. In this role, Melvin takes a hands-on approach to resolving issues, managing constituent inquiries and improving processes and systems. He works in concert with city staff and represents the interests of District K at various events.

Prior to taking on this role, Melvin served as a senior inspector in the Department of Neighborhoods (DoN), where he worked to fight blight in his assigned Super Neighborhoods. Melvin has also held management positions with increasing levels of responsibility throughout his career. He holds a certification in microcomputer electronics technology from the MicroComputer Technology Institute in Houston.

Having canvassed all areas of the city during his tenure, Melvin brings a wealth of knowledge and insight into his current position, and he takes seriously every concern brought to use by our constituents. We look forward to the great contribution he will bring to District K.

As the one-year anniversary of Hurricane Harvey quickly approaches, it is very important for Harris County residents to cast your vote on a $2.5 billion bond referendum proposed by the Harris County Flood Control District. Registered voters will decide whether to fund approximately 237 potential projects that will address infrastructure repair, drainage improvements, flood-prone property buyouts, and more. Early voting is underway, now through Aug. 21. Election Day is Aug. 25. For more details about the bond program, including interactive maps and a full project list, visit the Harris County Flood Control District website. 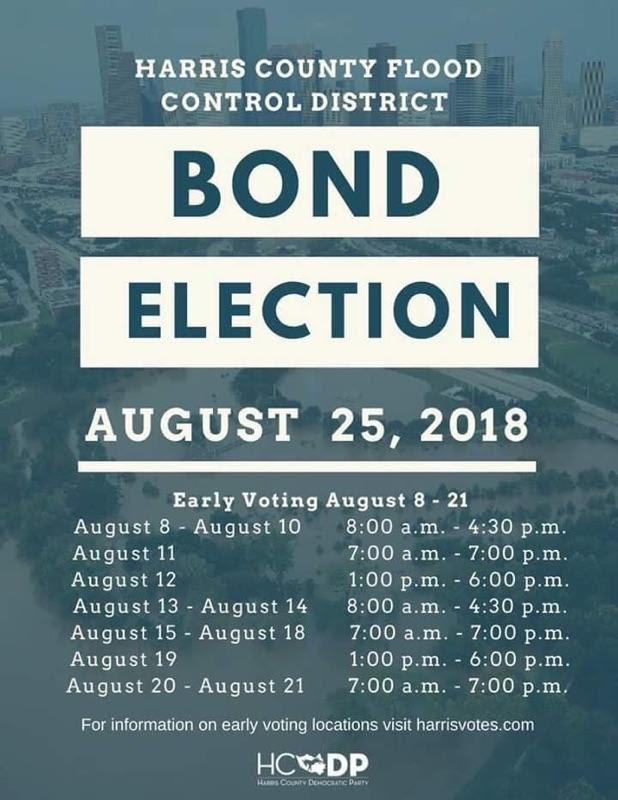 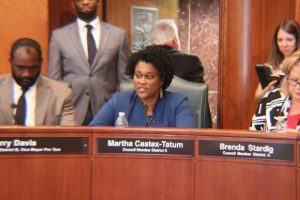 City Councilwoman Martha Castex-Tatum will now serve as the Vice Chair of the newly created Economic Development Subcommittee on Education. The subcommittee will focus on policy, public awareness and the link between education and the job force. 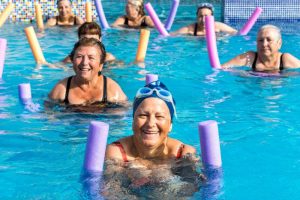 Making sure our seniors have quality exercise opportunities is critical to fostering a healthy community. That’s why we are excited that the District K office has joined the Houston Parks and Recreation Department (PARD) to extend the Townwood Park Water Fitness Program.

Water fitness classes will take place Tuesdays and Thursdays from August 7 through September 27, from 7:00 p.m.- 8:00 p.m.

As you go about your daily activities, you will likely notice some important projects that are underway. Below is a list of some of the work taking place right now in District K as well as a status update on several completed projects.

Keeping our district safe is a top priority. According to the Houston Police Department, residential burglary is the most common of all major criminal offenses. Here are a few tips from HPD on how to secure the doors in your home to help keep bad guys out.