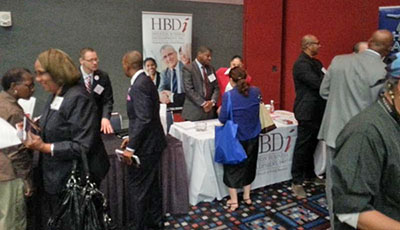 Council Member Larry Green hosted a FREE citywide Small Business Economic Development Summit on Monday, October 20th at the George R. Brown Convention Center, Ballroom C in downtown Houston. The summit highlighted current and programmed large-scale projects planned within the Houston region that totals more than $2 billion which are slated to be let within the next 6 months. Such projects include the new convention hotel adjacent to the George R. Brown Convention Center, planned capital improvement projects via ReBuild Houston and the Houston Airport Systems, the Port of Houston Authority Expansion project, and other economic development projects.

“I was honored to host this small business economic development summit,” said Council Member Green. “Houston has a robust economy and this summit provided the venue for these small businesses to access these large-scale capital projects.”

Mayor Parker was featured as the keynote speaker and underlined her track record with minority, small businesses, and women-owned business enterprise (MSWBE) initiatives in this City. Up to 400 people attended the economic development and community summit. Confirmed attendees ranged from elected officials, area community leaders, developers, bankers, as well as large and small area business leaders.