Board Member Nina Springer discusses serving and giving back 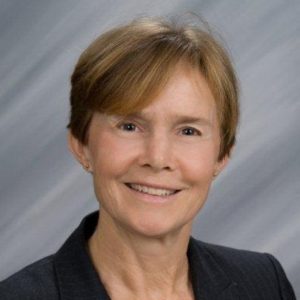 Nina Springer, one of nine board members in the Five Corners District, is a local property owner as well as Chair of the district’s Community Development Committee. Springer collaborates with the district board on major endeavors promoting safety, beautification, and community development while leading her committee in providing funding for grassroots projects around the Five Corners area.

Years ago, her investment in the community as a property owner piqued Springer’s interest and prompted her to learn more about the Five Corners District. “I saw a notice about a public meeting to discuss the formation of the plans for the district, so I attended. That’s where I learned about what the district does,” Springer explains. “I felt it was important for assessed money to be used in the best possible way, according to the needs of the community. I had an interest in the community and a desire to be part of the decision-making process. So, I applied for a board seat, interviewed, and got the position,” she recalls.

Springer’s Five Corners property has become host to several non-profit organizations centering around one thing: horses. The Harris County 4-H mounted drill team, the Bayou City Pony Club, and Kevin’s Special Pals make use of the facilities available on her plot of land. Keven’s Special Pals is a non-profit established by parents of an Autistic child, in an effort to give special needs and at-risk children the opportunity to ride and care for horses. “Operation Free Ride,” a program devoted to allowing current and retired military members to ride horses for free, is available as well.

“My mom grew up on a ranch in south Texas,” says Springer. As a child, Nina and her family made annual trips to El Paso to ride horses in the mountains. Her own daughter’s interest in horses further solidified her passion for providing space for horseback riding in Houston. In a city with diminishing areas suitable for keeping horses, Springer wants to help ensure that green spaces are preserved as development continues.

“Green spaces are disappearing around Houston. Places for horses are disappearing. This loss is part of Houston’s drainage and flooding problem,” Springer emphasizes. Springer looks forward to working with the Five Corners District board in creating detailed development plans that are beneficial for the future of the district. “I think it’s important to preserve the little bit of country lifestyle in the district to retain our unique character, along with flood-resistance,” she says.

One of the major initiatives of Springer’s Community Development Committee is offering funding for groups who have ideas for projects that benefit the community. This fund is called the “Five Corners District Development Fund,” and is available for apolitical non-profits and neighborhood groups within district bounds. This fund hopes to encourage organic projects that target community issues, promote economic development, safety, beautification, and other goals shared by the district.

The committee has accepted proposals for initiatives such as a “back to school” backpack program through the Houston Police Department, or the purchasing of instruments for a school band. One exciting initiative on the drawing board is the proposed creation of district-wide “little league” baseball. Interested community groups and non-profits within the district are strongly encouraged to contact the Five Corners District to check their eligibility and apply for support.

A majority of Springer’s work with the board has centered around safety and beautification of the district. Increased security through SEAL patrols have contributed to significant reductions in crime in the area. Revamping signage, intersections, landscaping, and improvement projects planned by the board contribute to a cleaner, more uniform and easy-to-navigate style throughout the district.

“It’s been a great experience being in this district and working here,” says Springer. “We have wonderful neighbors. I would hope that the district would get more recognition for being a neighborhood that is safe for families to live and work in, and a great place to establish a business.”